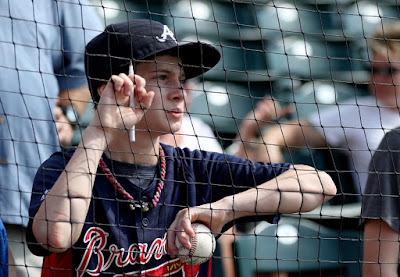 “Be prepared. Luck is truly where preparation meets opportunity.”

I wanted to drop you all an update following some testing this week and to share that I had a successful right hip replacement on June 11.  I developed an infection following the surgery and have been fighting that battle most of the summer. I am finishing up a third antibiotic and feel this one may have solved the issue. I will be doing some testing early next week to confirm that. I was in Iowa City on Tuesday to do some cancer lab work and my counts are abnormally high which is a concern.  My team of doctors feels that it could be related to the infection, but want me back in six weeks to retest.  If the counts remain high, I will need to do a series of biopsies to determine if the cancer has returned. As a result, I’m going to hold off having the second hip done until a later date, once fully healed. As Regina Brett shares in one of my favorite books, God Never Blinks, “Time heals almost everything. Give time, time.”  Sometimes hard to allow that to play out, however, patience is the key and your prayers are appreciated…

Regina also shares in “It doesn't matter what has happened to you, it matters what you do with what has happened to you. Life is like a poker game. You don't get to choose the cards you are dealt, but it's entirely up to you how to play the hand.”  As often happens in Iowa City, I was waiting yet again in the Cancer Center for results last Tuesday. I closed my eyes to get a little rest as sleep has been hard to come by as of late.  A few minutes passed, and I felt a tap on my shoulder and opened my eyes to once again find little Taylor, (who is not so little anymore) who I had met in the pharmacy during treatments back in April, 2009.  He and I had played a game of toss in the pharmacy that day and I had showed him some of my "ball tricks". He and his mom were there for their 6 month check when I had last bumped into them back in July of 2011. That was the day I converted him from being a Cardinals fan into becoming a Braves fan. In fact, he was wearing the Braves hat I had given him that day at his check up this time around.  It was well worn, which is a good thing, and I told him I had another hat just like it in my truck to replace the one he had.  He said he would wear it, but that this hat was his “lucky hat” and he still wanted to wear it.  I told him I fully understand, and that this hat could, over time, become his “even luckier” hat.

He was very receptive and said thanks. He has now grown into a 7th grader (Jr. High material!!).  I asked how he was doing and he said he was playing baseball for his Summer League team, doing well playing short stop and pitching and that his leukemia still appeared to be in remission, although he was in Iowa City because he was more tired than usual.  I told him that often happens when you are working hard at being a good ballplayer! His mom shared that they remember well the day we met in the pharmacy in 2009, and they always talk about the "tricks" I showed him that day.  I told Taylor and his mom I was very happy for them, and that I'm excited he is able to "get back out and play"!  I shared what an impact he had on me that day in the pharmacy during my treatments by asking me “when I could get back out and play again”!  He made me reset my goals to be able to get back out and play.

Taylor and his mom were getting ready to leave, so I walked them out of the Cancer Center and to their car.  I took Taylor to my truck as I had an extra Braves hat behind the seat. (…always carry a spare!) I asked if he remembered the “deal” we had made back in 2011? He smiled and said, “You told me to keep playing and stay healthy so that when I turn 15, you can invite me to a Braves camp so you can watch me play”.  I then took the Braves cap out of my truck and put it on his head and said, it's yours pal, and it can become your “even luckier hat” now.

Taylor is a great example of Regina’s thought that it’s all about “playing the hand you are dealt”. Seeing his happy smile and having a chance to talk a little baseball was a good thing for both of us. I did share a thought with Taylor that I learned from Randy Pausch in his book “The Last Lecture” which goes like this; “Be prepared. Luck is truly where preparation meets opportunity.” We talked about how hard work and preparation is important in both fighting cancer as well as working to be a good ball player. (…a little luck along the way doesn’t hurt either). Lots of parallels and lessons that can help each of us reach our individual dreams. I told him to never lose that determination, it’s just too important, and it’s truly what drives us.

We will both be looking forward to his 15th birthday and his chance to show me his “stuff” as we both “work hard” to pursue our individual dreams and to fight this disease. His grin was definitely the highlight of my summer!  May each of you have a relaxing and enjoyable rest of the summer!

“Rejoice always, pray continually, give thanks in all circumstances; for this is God’s will for you in Christ Jesus”. 1 Thessalonians 5:16-18

Link to: Reflections from the Home Team BLOG
http://reflectionsfromthehometeam.blogspot.com/


Posted by Anonymous at 9:29 AM No comments:

David R. Welter
I am a cancer survivor and a proud father of three wonderful kids. I have recently retired from my position as a Secondary School Principal and am looking forward to my "new beginning" as a grandfather, baseball scout for the Atlanta Braves and educational consultant. You can access my Reflections website at www.reflectionsfromthehometeam.com/ to view my books, my blog and the purpose of the Reflections Series.