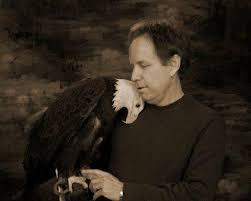 “Encouragement is a wonderful thing, and people do not receive enough during difficult times. You need to be around people who are encouraging.  After listening to people gripe and complain just smile and remember …crows can’t hang with eagles.”
Joel Osteen
Greetings from Cedar Falls!

I wanted to share an update on how things have been going recently.  Side effects of treatments continue to need some attention and I spent some time in Iowa City recently having testing done regarding some ongoing throat issues.  Tests results came back negative for cancer and in turn, my doctors suggested some medication to help suppress the treatment side effects.  They seem to be working which I am very grateful for.  We have also recently had a number of student/parent tragedies in our building involving loss of life, some being cancer related.  It has been difficult emotionally to watch people grieve through those losses, just reminding us daily how fragile life really is.

Those recent experiences bring to mind some things that I experienced while undergoing treatments.  For me the physical pain experienced from treatments was something I was determined to tolerate, it was the emotional pain of often not knowing what may come next that often “ate me up” from the inside out.  My encouragement to any cancer patient, or for that matter, anyone struggling with emotional pain from suffering or loss is to remember it is important not to ignore the emotional side of suffering.  The advice, “Just suck it up” doesn’t work.  Our mental state enormously affects our physical state.  Fears, grief and anger all need to be expressed in order to bring physical healing.  That is where the "power of relationships" in healing becomes so important.  It is those relationships that can allow us to “lean on others” to bring those emotions out in the open and heal.  I know my family and supportive friends, including all of you, have provided that opportunity for me time and again and we need to be there for each other in times of fear, anxiety and loss. Just as King David did in the Psalms by pouring his heart out to God, we too can share those thoughts and feelings with God.

Conventional medical care for cancer has for many years concentrated on destroying tumors without paying much attention to supporting the patient as a whole person, with innate healing capacities. Until recently, most people put themselves in the hands of an oncologist (cancer specialist) and did what they were told. While you almost certainly need a good oncologist to prescribe and monitor your medical treatment, there is often much more to surviving cancer. A well nourished person with cancer, who is provided with the tools and support to help them maintain their emotional balance, is likely to have a much easier time with cancer and its treatments than a person who is poorly nourished, poorly supported, and stuck in terror and emotional turmoil. A true story a very good friend recently shared with me illustrates just how important emotional support and “power of relationships” is in healing.  The story comes out of Australia and is titled FREEDOM and JEFF.

Freedom and I have been together 11 years this summer. She came in as a baby American Bald Eagle in 1998 with two broken wings. Her left wing doesn't open all the way even after surgery, it was broken in 4 places. She's my baby. When Freedom came in she could not stand and both wings were broken. She was emaciated and covered in lice. We made the decision to give her a chance at life, so I took her to the vet's office. From then on, I was always around her. We had her in a huge dog carrier with the top off, and it was loaded up with shredded newspaper for her to lie in. I used to sit and talk to her, urging her to live, to fight; and she would lay there looking at me with those big brown eyes. We also had to tube feed her for weeks. This went on for 4-6 weeks, and by then she still couldn't stand. It got to the point where the decision was made to euthanize her if she couldn't stand in a week. You know you don't want to cross that line between torture and rehab, and it looked like death was winning.

She was going to be put down that Friday, and I was supposed to come in on that Thursday afternoon. I didn't want to go to the center that Thursday, because I couldn't bear the thought of her being euthanized; but I went anyway, and when I walked in everyone was grinning from ear to ear. I went immediately back to her cage; and there she was, standing on her own, a big beautiful eagle. She was ready to live. I was just about in tears by then. That was a very good day. We knew she could never fly, so the director asked me to glove train her. I got her used to the glove, and then to jesses, and we started doing education programs for schools in western Washington. We wound up in the newspapers, radio (believe it or not) and some TV. Miracle Pets even did a show about us.

In the spring of 2000, I was diagnosed with non-Hodgkin's lymphoma. I had stage 3, which is not good (one major organ plus everywhere), so I wound up doing 8 months of chemo. Lost the hair - the whole bit. I missed a lot of work. When I felt good enough, I would go to Sarvey and take Freedom out for walks. Freedom would also come to me in my dreams and help me fight the cancer. This happened time and time again. Fast forward to November 2000 the day after Thanksgiving, I went in for my last checkup. I was told that if the cancer was not all gone after 8 rounds of chemo, then my last option was a stem cell transplant. Anyway, they did the tests; and I had to come back Monday for the results. I went in Monday, and I was told that all the cancer was gone.

So the first thing I did was get up to Sarvey and take the big girl out for a walk. It was misty and cold. I went to her flight and jessed her up, and we went out front to the top of the hill. I hadn't said a word to Freedom, but somehow she knew. She looked at me and wrapped both her wings around me to where I could feel them pressing in on my back (I was engulfed in eagle wings), and she touched my nose with her beak and stared into my eyes, and we just stood there like that for I don't know how long . That was a magic moment. We have been soul mates ever since she came in. This is a very special bird. I will never forget the honor I have of being so close to such a magnificent spirit as Freedom.

Cancer is a strange cell. You can go along for years in remission and then one day it pops its head up again. If you ever have it you will never be free of it. Pray for the day there will be a permanent cure. This brings to mind the importance of encouraging those around us who may be suffering, just as Jeff did for Freedom and in turn, Freedom did for Jeff. We often hear people complaining about their suffering and that brings to mind a comment made by Joel Osteen which has stuck with me and seems appropriate after listening to the story of Freedom and Jeff; “Encouragement is a wonderful thing, and people do not receive enough during difficult times. You need to be around people who are encouraging.  After listening to people gripe and complain just smile and remember …crows can’t hang with eagles.”

…But they that wait upon the Lord shall renew their strength; they shall mount up with wings as eagles; they shall run, and not be weary; and they shall walk, and not faint.
Isaiah 40:31 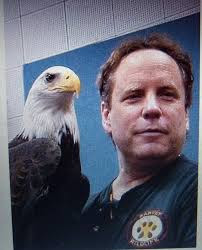 Link to: Reflections from the Home Team BLOG
http://reflectionsfromthehometeam.blogspot.com/

Link to Youtube: Reflections from the "Home Team"... Go the Distance

Link to: Tommy Emmanuel and "Angelina"

http://www.youtube.com/watch?v=AhR04kmcSXU
Posted by Anonymous at 9:29 AM No comments:

David R. Welter
I am a cancer survivor and a proud father of three wonderful kids. I have recently retired from my position as a Secondary School Principal and am looking forward to my "new beginning" as a grandfather, baseball scout for the Atlanta Braves and educational consultant. You can access my Reflections website at www.reflectionsfromthehometeam.com/ to view my books, my blog and the purpose of the Reflections Series.